Saint FM reports this morning that cargo operations on the RMS was suspended yesterday because of heavy seas. The agent Solomon’s said that due to unfavourable sea conditions the containers may have to be carried over to Ascension and only offloaded upon return.

The RMS departure for Ascension has been delayed

The Inaugural meeting of Legislative Council will take place tomorrow, Wednesday 2 August 2017, at 10am in the Council Chamber. The meeting will be broadcast live via SAMS Radio 1.

The Order Paper for the meeting includes the following:

A copy of the Order Paper will shortly be made available on the SHG website.

The £258 million airport was built at UK taxpayers’ expense to serve the remote south Atlantic community.

The scheduled flights were abandoned, and the planned retirement of the RMS St Helena was postponed so the island’s sea link would continue.

This came after plans were announced for a regular scheduled service in British Airways colours from Johannesburg, carrying approximately 170 passengers. 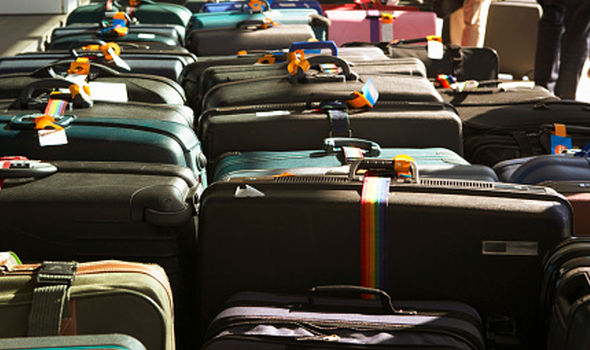 With still no word from the SA National Defence Force (SANDF) on the recent C-130BZ Hercules flight to Cuba and back, an official Parliamentary question has now been submitted to defence minister Nosiviwe Mapisa-Nqakula.

Opposition Democratic Alliance (DA) party shadow defence and military veterans minister Kobus Marais said he was “both shocked and amazed the twin scarce defence resources of funding and flying hours were used for the benefit of our Cuban visitors”.

This was in response to investigations that revealed a 28 Squadron C-130BZ photographed at the recently commissioned St Helena airport last month was actually en route to Cuba. Initial speculation was the aircraft had been tasked with a navigation exercise taking it to the Atlantic Ocean island.

Military aviation enthusiasts and military analysts, including Helmoed Heitman, all point out the lengthy flight to the Caribbean and back with multiple stops provided valuable training for the aircrew.

“Ideally we should have more such missions – much as SAS Drakensberg was used to fetch a new rotor for the Koeberg power station,” Heitman stated. “As to the whole idea of bringing in Cuban mechanics rather than training up our own, the less said the better, given that there can have been no rational reason for doing so.”

“I have submitted a question to the Minister,” Marais told defenceWeb, adding it appeared constitutional imperatives have been sacrificed by government and the SANDF for the benefit of “their Cuban friends and allies”.

Without any official response from either the SA Air Force (SAAF) or the SANDF there is no clarity on allegations the more than 50-year-old medium airlifter was carrying domestic appliances bought in South Africa by Cuban technicians and mechanics. The Cuban mechanics apparently flew home on a commercial aircraft. They are in South Africa as part of Project Thusano to repair and refurbish SA Army vehicles and certain SA Military Health Service (SAMHS) equipment.

Marais is adamant the airborne arm of the national military machine must realign priorities to match available financial resources.

“Alternative airlift capabilities, for both personnel and equipment, has to go to the top of the priority list,” he said, adding suitable platforms were also “urgently needed” for maritime and land border patrols as well as to contribute to the security side of the blue economy initiative that is part of Operation Phakisa.